I take for granted that I can easily generate random samples from a variety of probability distributions in NumPy, R, and other statistical software. However, the process for generating these quantities is somewhat nontrivial, and we’ll look under the hood at one example in this post.

Where does the randomness come from?

One solution to this problem is to use the randomness inherent in the uniform numbers to generate arbitrary distributions. In particular, once we have uniform random samples, we could somehow transform these samples to reflect the desired distribution. So a generic recipe for generating samples from a distribution $\mathcal{D}$ is:

However, the probability integral transform doesn’t always work because $F_X^{-1}$ may have a nasty form for many distributions, or it may not have a closed form at all.

One example where applying the probability integral transform coule be tricky is transforming a uniform to a Gaussian. The following Gaussian integral doesn’t have a nice closed form:

However, clearly, it’s very important to have easy (and quick) ways to generate samples from the Gaussian. One clever solution for doing this is the Box-Muller algorithm. The key idea here is that although sampling one Gaussian random variable is difficult, sampling two is actually easier. Consider two independent standard normals: 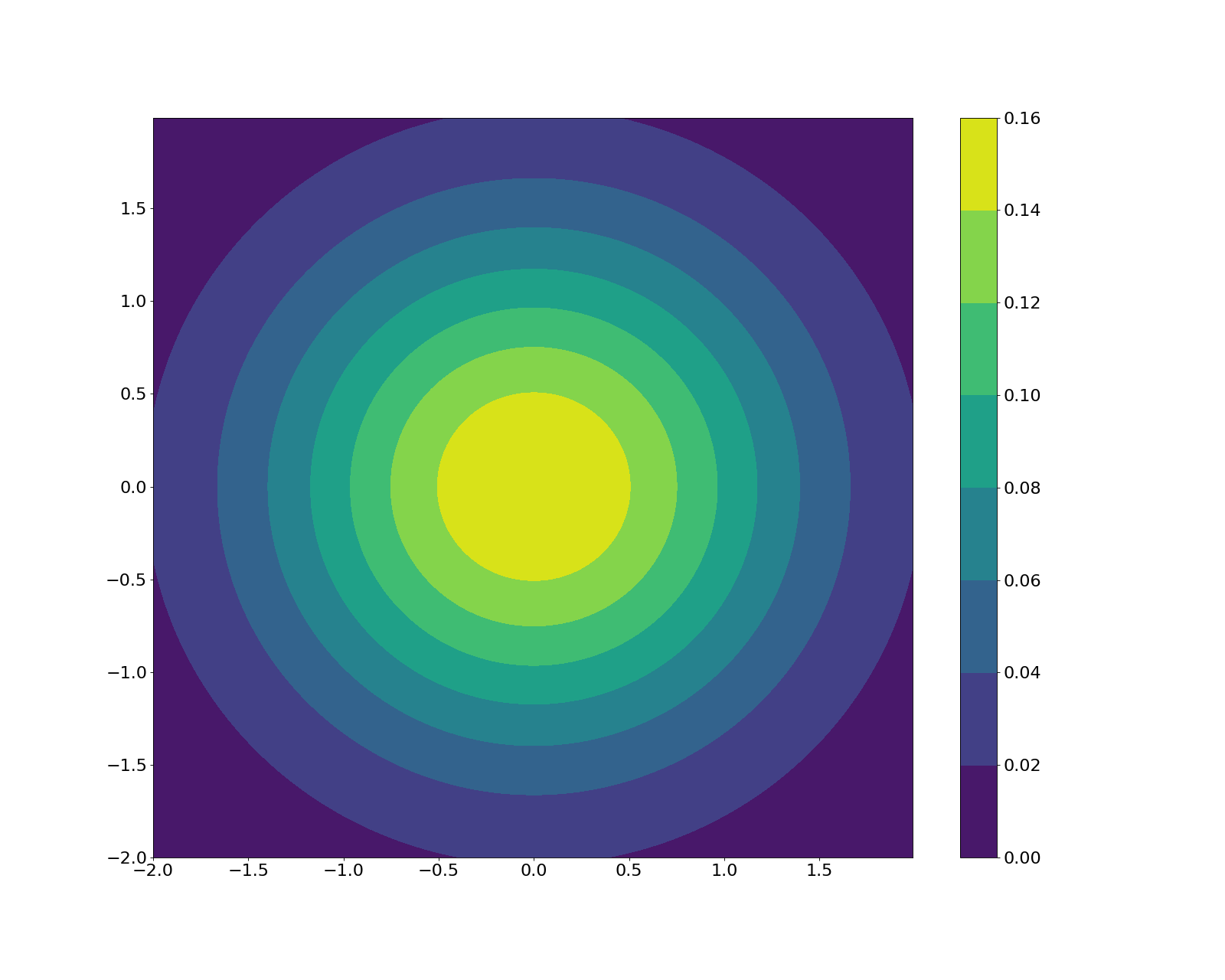 They’re clearly radially symmetric. Again, it’s difficult to directly sample from this distribution, but there is another way we could sample a point around this circle according to the Gaussian density – using polar coordinates!

In order to sample a polar coordinate, we need an angle $\theta$ around the origin, and a number $R$ representing the point’s distance from the origin. Once we have these, we can transform back to cartesian with the familiar form: $X = R\cos \theta$ and $Y = R\sin \theta$. But first, we have to find a way to sample $\theta$ and $R$ appropriately.

To sample $R$, we can use the probability integral transform (full circle!). Recall that in order to do this, we need to find its CDF and then its inverse. Luckily, unlike the Gaussian integral above, we can solve this one! The CDF for $R$ is

See Prof. Noah Goodman’s lecture notes for a simple way to compute this with change of variables.

Now, by the probability integral transform, $1 - e^{-r^2 / 2}$ must have a uniform distribution, so we can solve for a transformation from a uniform random variable $U_2$ to $R$. Note that $1 - U_2$ is also uniform, so we can plug that in instead in order to get rid of the $1$ floating around. Solving, we now have a way to compute $R$:

Putting it all together, here’s the recipe for generating two independent Gaussian random variables $X$ and $Y$:

This is called the Box-Muller transform, and it’s widely used, including in NumPy’s sampler.

Just to prove to ourselves that it works, let’s run a simulation. If we run the recipe above 1000 times, here’s the distribution we get for the resulting 2000 samples: 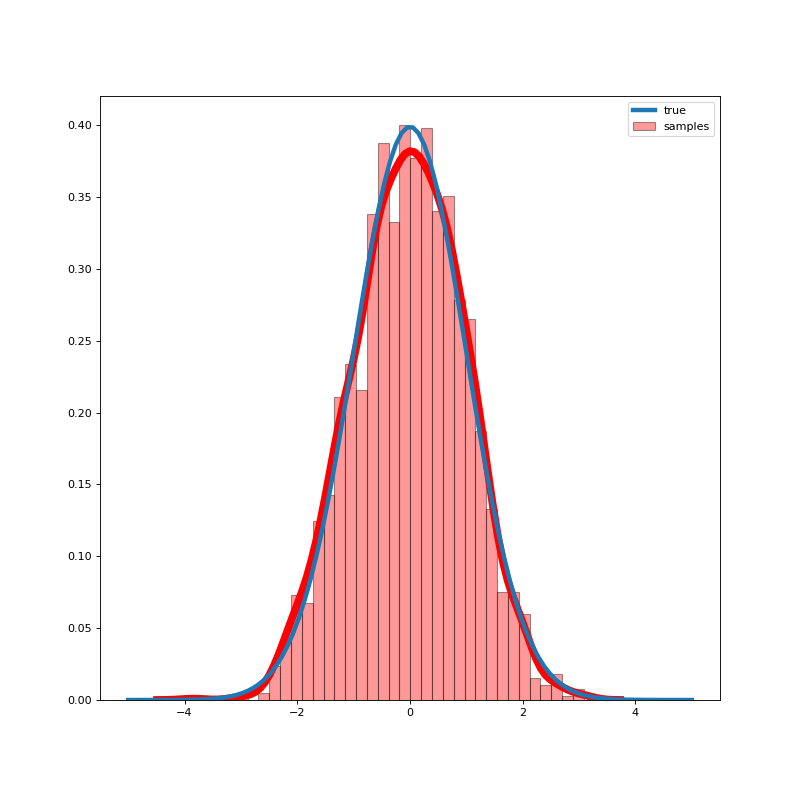 The theoretical standard normal distribution is in blue, and our estimate is in red. Pretty good!

Here, we partially demystified how software packages sample from non-uniform distributions of random variables and studied the special case of the Gaussian.