Convergence in probability vs. almost sure convergence

When thinking about the convergence of random quantities, two types of convergence that are often confused with one another are convergence in probability and almost sure convergence. Here, I give the definition of each and a simple example that illustrates the difference. The example comes from the textbook Statistical Inference by Casella and Berger, but I’ll step through the example in more detail.

As you can see, each value in the sequence will either take the value $s$ or $1 + s$, and it will jump between these two forever, but the jumping will become less frequent as $n$ become large. For example, the plot below shows the first part of the sequence for $s = 0.78$. Notice that the $1 + s$ terms are becoming more spaced out as the index $n$ increases. 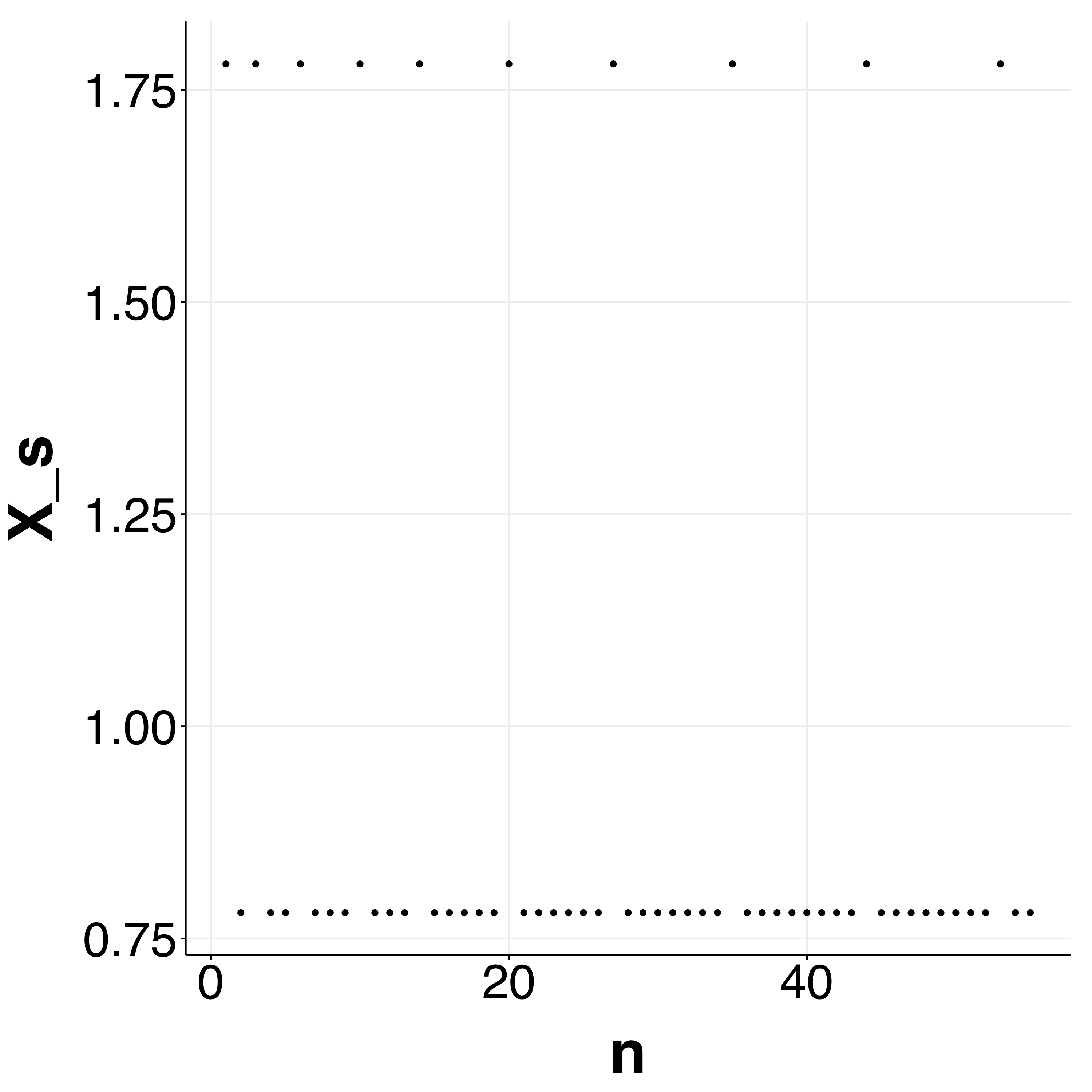 We can explicitly show that the “waiting times” between $1 + s$ terms is increasing: 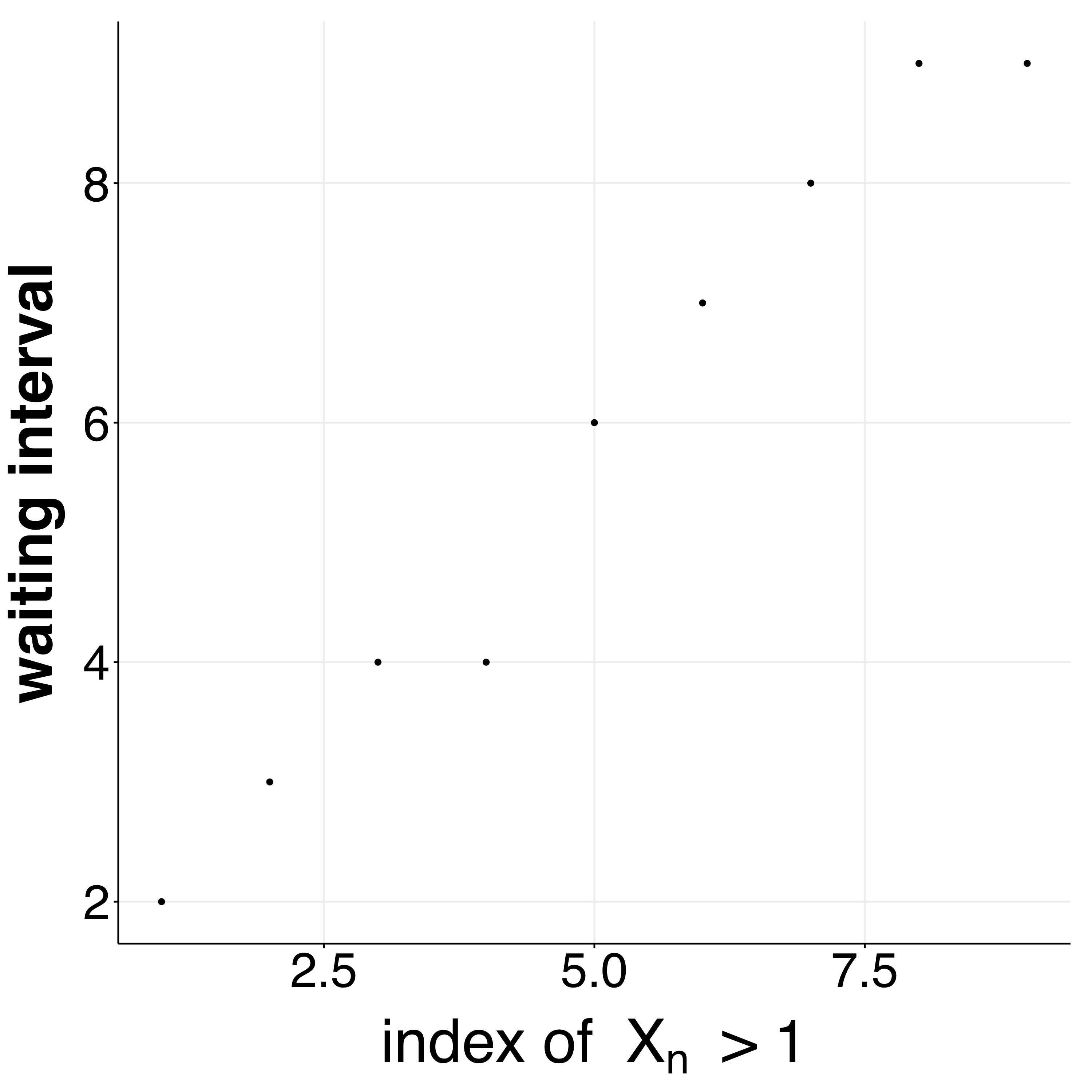 Now, consider the quantity $X(s) = s$, and let’s look at whether the sequence converges to $X(s)$ in probability and/or almost surely.

For convergence in probability, recall that we want to evaluate whether the following limit holds

Now, recall that for almost sure convergence, we’re analyzing the statement

Here, we essentially need to examine whether for every $\epsilon$, we can find a term in the sequence such that all following terms satisfy $\lvert X_n - X \rvert < \epsilon$. However, recall that although the gaps between the $1 + s$ terms will become large, the sequence will always bounce between $s$ and $1 + s$ with some nonzero frequency. Thus, the probability that $\lim_{n \rightarrow \infty} \lvert X_n - X \rvert < \epsilon$ does not go to one as $n \rightarrow \infty$, and we can conclude that the sequence does not converge to $X(s)$ almost surely.